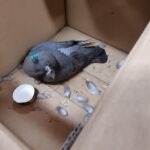 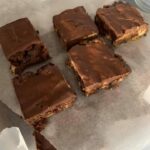 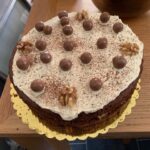 Production staff at Shafton successfully rescued a pigeon who found itself lost underneath the new T&I line. The lucky pigeon was carefully placed in a cardboard box and the team contacted the RSPCA. The charity were fantastic and agreed to pick it up, in the meantime it found its home in the maintenance workshop.

The RSPCA checked the pigeon and said it had a form of Ornithosis which is why it had feathers stuck to its eyes. It seemed a strong pigeon, despite being a bit thin and suffering with the infection, but as it is treatable Corimpex the pigeon will hopefully make a full recovery (named after the machine it was found under).

Following this, staff decided to raise money for the RSPCA by baking some treats. Thanks to the team to at Shafton they raised a fantastic £105 for the charity!

This website uses cookies to improve your experience while you navigate through the website. Out of these cookies, the cookies that are categorized as necessary are stored on your browser as they are essential for the working of basic functionalities of the website. We also use third-party cookies that help us analyze and understand how you use this website. These cookies will be stored in your browser only with your consent. You also have the option to opt-out of these cookies. But opting out of some of these cookies may have an effect on your browsing experience.
Necessary Always Enabled
Necessary cookies are absolutely essential for the website to function properly. This category only includes cookies that ensures basic functionalities and security features of the website. These cookies do not store any personal information.
Non-necessary
Any cookies that may not be particularly necessary for the website to function and is used specifically to collect user personal data via analytics, ads, other embedded contents are termed as non-necessary cookies. It is mandatory to procure user consent prior to running these cookies on your website.
SAVE & ACCEPT